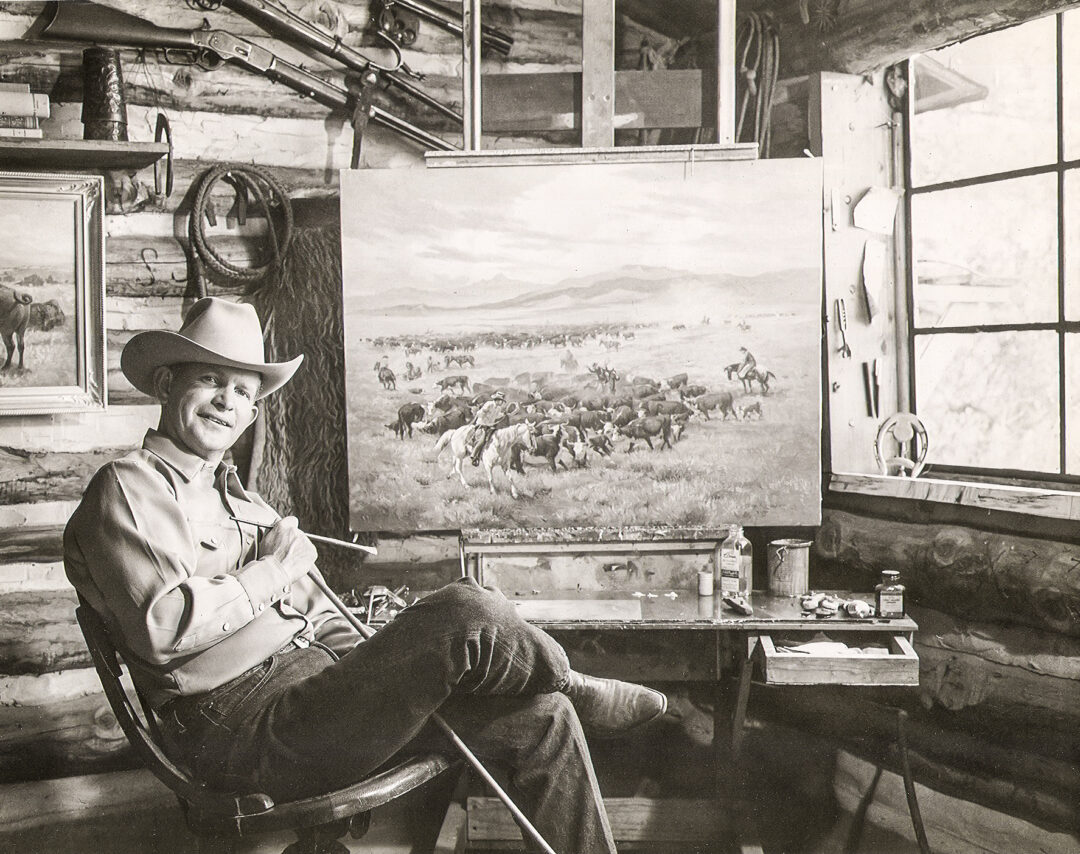 Naming the museum after George Phippen was a natural choice due to his inspirational character, artistic talent and influence on art of the West. His recognition as a co-founder and first president of the Cowboy Artists of America were also contributing factors. But the fact is, George was a born Western artist.

From the earliest age, he could be found creating scenes of cattle drives on the chalkboard of his one-room schoolhouse, or molding livestock from the clay he scrounged from the banks of a nearby creek. Later, after serving in the Civilian Conservation Corps during the Great Depression, George was inducted into the Army as a photographer and cartographer for Coast Artillery. But his passion for art was unwavering and, although he was unsuccessful, he sought to become a combat artist, submitting his illustrations to the Army’s Yank Magazine.

By the time World War II ended, George had married Louise Goble and was raising young sons. The fledging family bounced around the southwest for a time but soon found Prescott, Arizona to be the best fit. Louise made a deal with George that as long as they could keep a one-month supply of food in the cupboard, he could pursue art as a full-time career.

That was all he needed to hear. George soon secured a contract with a gallery in Houston for his oil paintings, but continued to supplement his small income by illustrating cards, stationery, calendars and articles for wildlife and horse magazines. Depicting real life situations required him to research the facts and pay extremely close attention to detail. This was incredibly important to George who once noted that the compliments he appreciated the most throughout his career came from those who knew the details and said he got it right. In addition to his unwavering commitment to accuracy, he also developed the ability to capture just the right moment in a story with crisp action and a perspective that would bring a smile to the observer.

Ultimately, it was George’s keen sense of humor and lighthearted nature that endeared him to others. He brought that aspect of his personality to his artwork which transcended the Western art genre and illustrated a basic commonality among men. He provides an everyman perspective that lets viewers share the humor in an otherwise bad situation and see a side of the American West that is both accurate and relatable.

When George passed away in 1965 at the age of 50, he was in the process of finishing a sculpture he called Cowboy in a Storm. This complicated bronze figure has all of the trademarks of a George Phippen piece. It’s accurate and funny and, just like George, it will soon be larger than life. With the support of the local art community, including the Prescott Area Art Trust, Ed Reilly of the Bronzesmith Fine Art Foundry and artist Debbie Gessner, and generous contributions provided by The Harold James Family Trust, Jim Chamberlain and the City of Prescott, this very special piece has been reproduced in a monumental bronze and is situated in the beautiful roundabout at the Phippen Museum’s entrance.

Serving as a gateway to Granite Dells and Prescott and a heartfelt welcome to visitors from far and wide, this permanent tribute to George Phippen is most appropriate and well deserved. And while we’d all like to think that he would be very humbled and extremely proud of the recognition, George would surely be even more grateful for the continuous encouragement, support and dedication his devoted wife and partner, Louise, contributed to his life and enduring legacy. 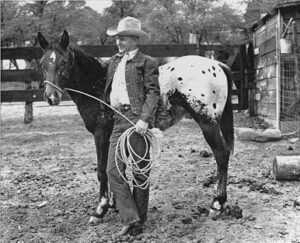 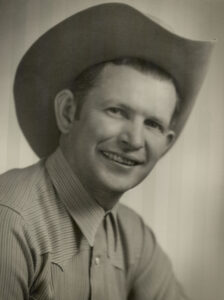 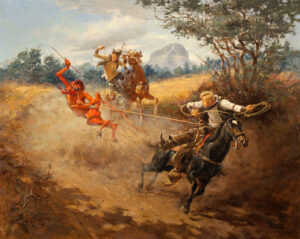 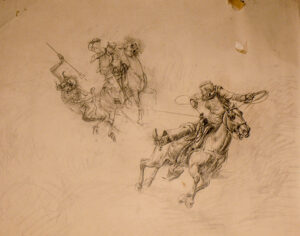 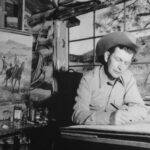 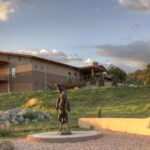